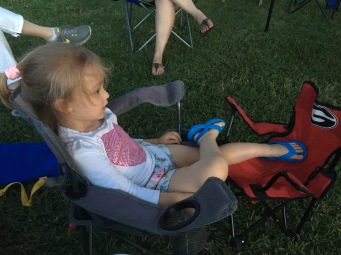 Do you remember going on family picnics as a kid? I sure do . And I have some wonderful, indelible memories of them. One of our family’s favorites was Pakim Pond in south Jersey. It was a small pond with a sandy beach, a shelter and change rooms for men and women all in very rustic design and built by the “CCC Boys” as my dad fondly referred to Franklin Roosevelt’s Civilian Conservation Corps.
From Wikipedia: “The Civilian Conservation Corps (CCC) was a public work relief program that operated from 1933 to 1942 in the United States for unemployed, unmarried men from ages 17–28 for relief families as part of the New Deal.
During the time of the CCC, enrollees planted nearly 3 billion trees to help reforest America, constructed trails, lodges and related facilities in more than 800 parks nationwide and upgraded most state parks, updated forest fire fighting methods, and built a network of service buildings and public roadways in remote areas.”
As a young boy I fondly remember taking advantage of several of these CCC facilities. In fact, one of them , Parvin State Park, served as our family’s prime vacation spot for several years.
Well, this past weekend we decided to do a family picnic with our administrative Visiting Angels © staff and their families. What a blast! In fact it was a literal “Blast” since one of the main things on the agenda was to take advantage of our newly constructed firing range on the farm. The spouse of one our staff members is a historian and WWI firearms buff. He, along with his son, who is on his high school shotgun team, brought a whole station wagon plus a trailer load of firearms and related shooting equipment including an automatic skeet shooter . It’s a good thing we alerted the neighbors ahead of time to the target practice plans!
Along with target practice we had kids riding 4-wheelers, golf carts and bicycles all over the farm ; obviously nowhere hear each other! And then there was fishing. A few couples wanted to fish and boy did they ever bring them in! I’d say a cooler with about 50 pounds of nice sized bass. We had all good intentions ahead of time to do a fish fry but just ran out of time so we divided the fish among those who wanted them. We had ours for dinner last night and were they ever delicious! Pan-fried bass filets with homemade coleslaw, baked beans , Mac & cheese and Red Lobster biscuits that my granddaughter made. In other words, it was so much fun, we stretched our family picnic out to two days!
I hope the kids will remember these family picnics as fondly as I remember ours when I was a kid. Go to the Visiting Angels of Central Ga. Facebook Page to see pictures of what we were up to.
The weather doesn’t get any better than what we’re having right now. Why not invite your kin for a big family picnic? I’ll bet they’ll be talking about it even after you’re gone.
Thanks for reading All About Seniors…..see you next week!