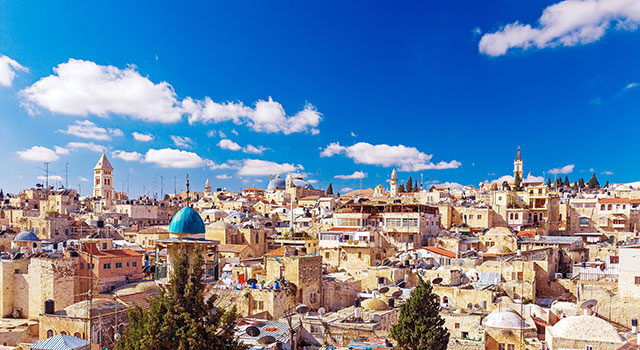 Please excuse my absence from this column for a couple weeks, we were in Israel, “The Blooming Desert”. You can’t come away from a visit to Israel and not be impressed with the biblical prophecy “The desert and the parched land will be glad; the wilderness will rejoice and blossom. Like the crocus,” in Isaiah 35:1. Everywhere you look from the mountains in the north to the desert in the south, the land is being cultivated. Olives, bananas, citrus, date and coconut palms and vegetables everywhere you look. But you hardly ever see a tractor or a barn. I continually was asking myself “How do they do that”?

We took a couple days to visit my son who is studying at the University of Tel Aviv and then to join up with a tour group to see the rest of the country as well. That’s a senior’s prerogative , right?

Here are some impressions besides the Blooming Desert:

If you get a chance to visit Israel yourself don’t hesitate, it will make your faith bloom just like Israel’s desert!

Thanks for reading All About Seniors….see you next week!

Bill Milby, CSA, is a Certified Senior Advisor and a Director of Visiting Angels® of Macon, a non-medical, living assistance service for seniors. If you have questions or comments about this column you can reach him at william.mercylink@gmail.com